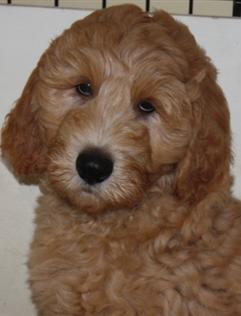 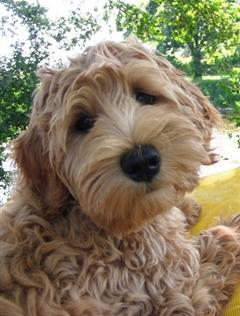 Hi my name is Eveline with an amazing story. It all begins with my love for dogs. My children kept asking for a dog, but it was always impossible because of my allergies to animals. Then my oldest daughter began to look on the Internet and she discovered the Australian Labradoodle. I thought could it be true??? Even for me??! I wasn't sure, so I began to search everything there was about Labradoodles from Australia to America and back to Holland. I wanted to test how my allergies would be around an Australian Labradoodle first before I looked for available puppies. We had already seen a few in America at Waltzing Matilda's Labradoodles and I had fallen in love with a puppy named Italia who was a medium girl and really dark black. So, we went to visit Joyce at House of Labradoodles in Spubeek to test my allergies around this breed. I couldn't believe what was happening. I could stay for over two hours in a room with two dogs and several puppies without getting ill.

We went straight and emailed Michelle right away to see if Italia was still available, since we knew our only option would be to go on a waiting list for a puppy from Holland. We were thrilled to learn that she still had the puppy available. I asked her how do we get the dog in Holland, and she just said it's very simple. I will bring her to you as carry on in the cabin of the plane, so we don't have to ship her all that way. That was amazing. We made arrangements to meet in Venlo at her friend Carolien VanBeek of Van de Annahoeve Australian Labrdoodles. It was wonderful since it was much closer for us to go to Venlo than to drive to Amsterdam. When our Lady (Italia) arrived we were all very emotional... she was really such a beautiful dog. We enjoyed coffee and pie together, signed the papers and went home with our new family member. She was already nearly potty trained as well as crate trained, which was so very super. Even the first night, we didn't have to get up with her.  And now she is four weeks with us, and I have had no problems at all with my allergies.

We couldn't even imagine our lives without her. So at last but not least we want to thank Michelle for giving us such an amazing dog. 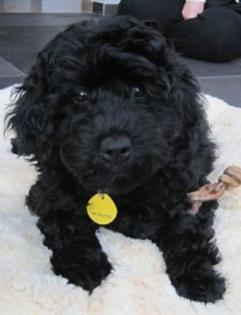 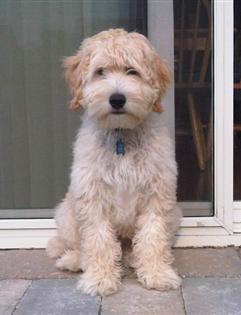 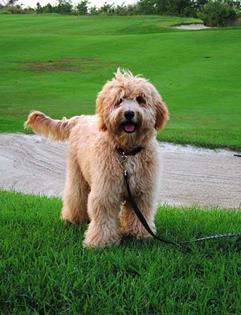 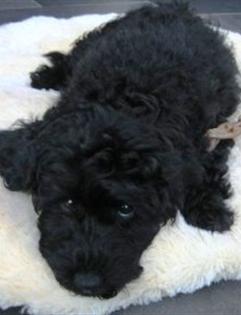 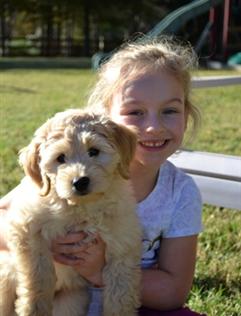